The destiny of Les Riceys

The destiny of Les Riceys is deeply intertwined with viticulture. Over the centuries, people have worked to shape its landscape, tending the hillsides and using the stones to build houses in the village, then cadoles amongst the vineyards. The people of the Domaine Alexandre Bonnet are attached to its terroir and history. They respect nature by showing patience and humility. 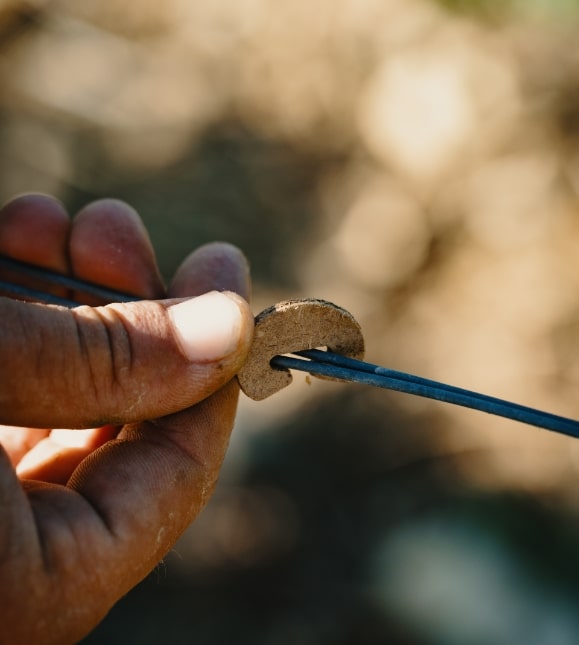 Patience is the cornerstone of WISDOM 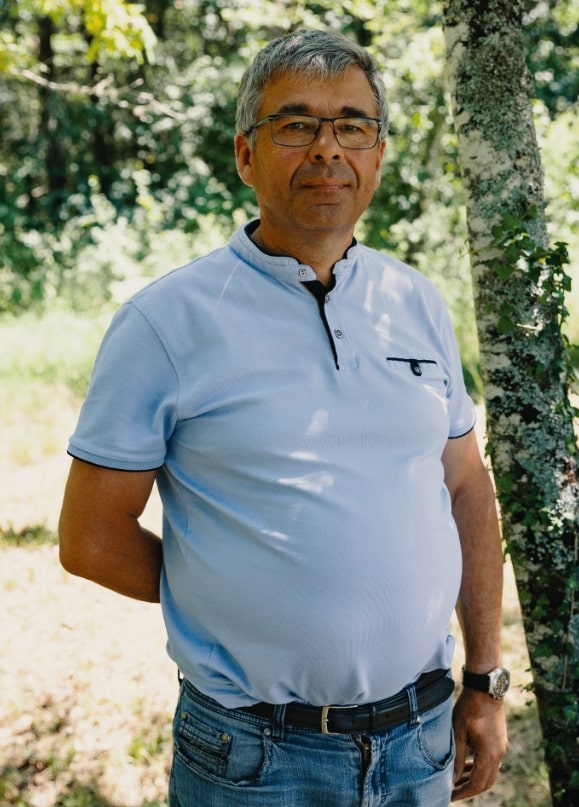 The vine is my lifeblood; I’ve lived here since I was a small child, and I know the slopes by heart. This is my home, yet I’m always amazed by the glory of nature. If you respect nature, you will receive the best. My bond with the Domaine is shared by everyone who works here, most of whom are from the village or the local area. We even have two seasonal workers who have been with us for 40 harvests!

Didier Mêlé, an oenologist trained in Dijon, has been Vineyard Manager at the Domaine since 2000 (following Alain Bonnet). He was born in Bar-sur-Seine to winegrower parents, and grew up in Les Riceys. 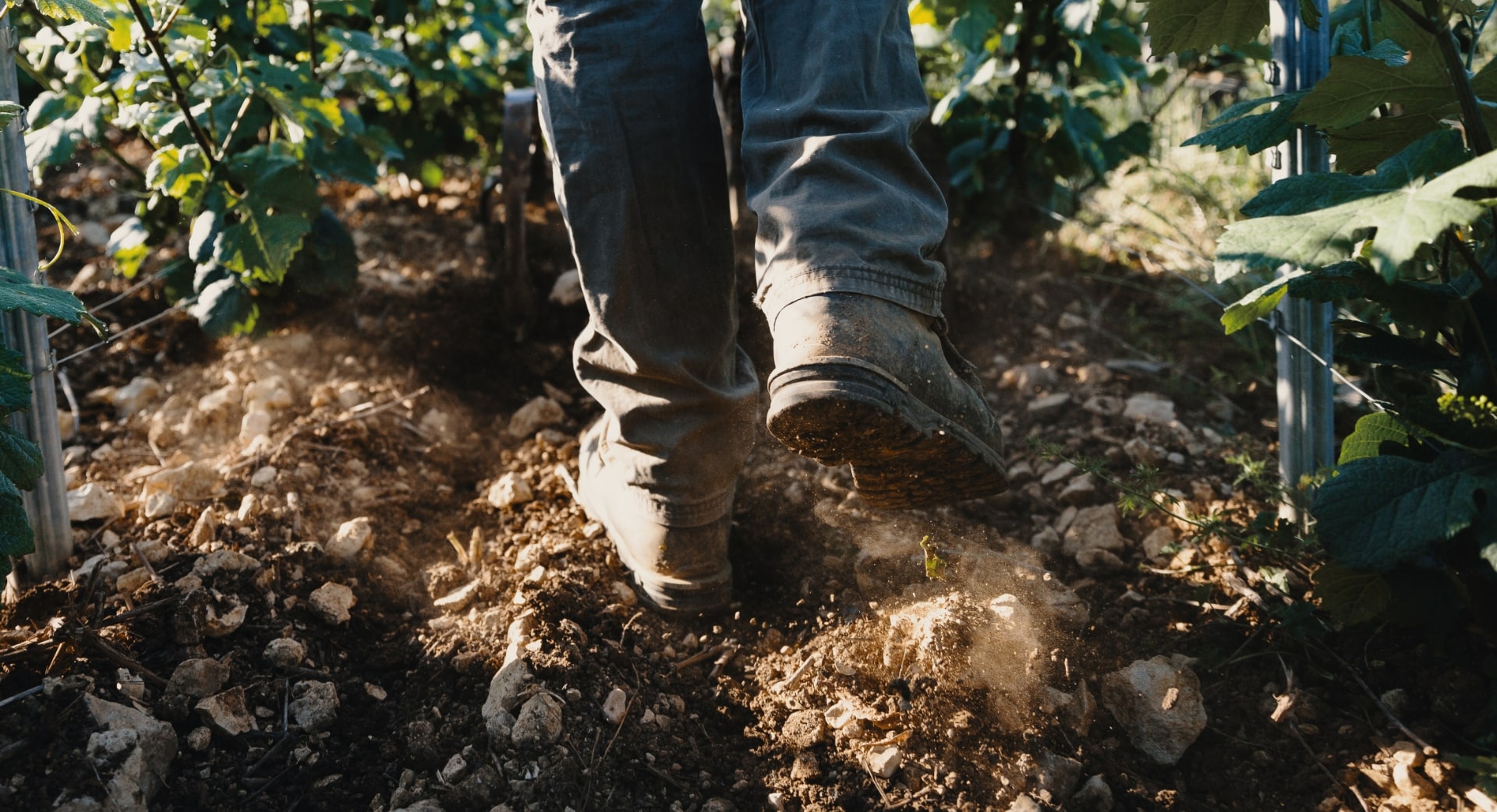 From quiet trails to the pools of the Sun King

When the vineyards of Les Riceys were planted, the inhabitants began bringing earth from the valleys to the sloping hillsides. They then returned to the village with the limestone they had collected from the vineyards. As the years went by, these stones were used to build houses in Les Riceys. Later, the reputation of local stonemasons spread, and dozens of them were tasked with building the foundations for the pools in the park at Versailles. They were nicknamed the "canats", from the French word "canard", meaning duck, because they were constantly wading through the mud from the ditches. It is said that they had taken a barrel of rosé wine from Les Riceys, and that the king had tasted it. Apparently Louis XIV greatly appreciated this wine, and it became very popular throughout the country. 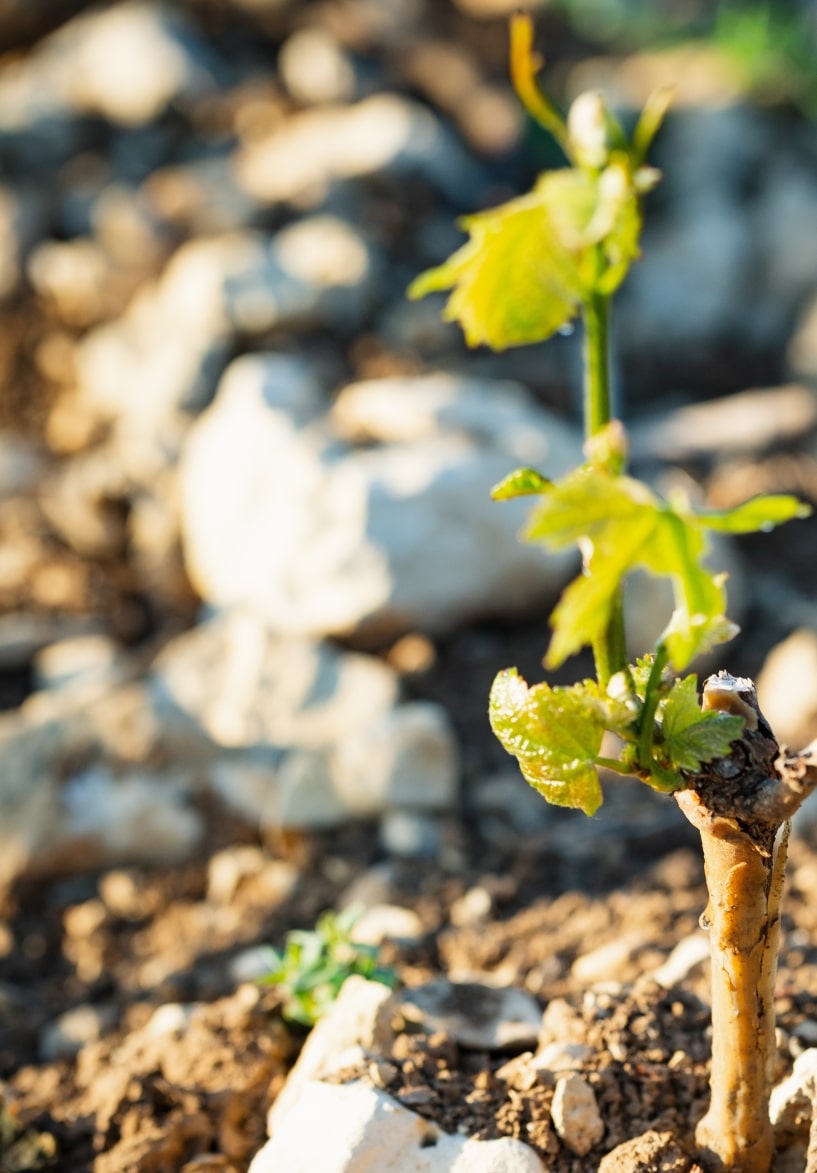 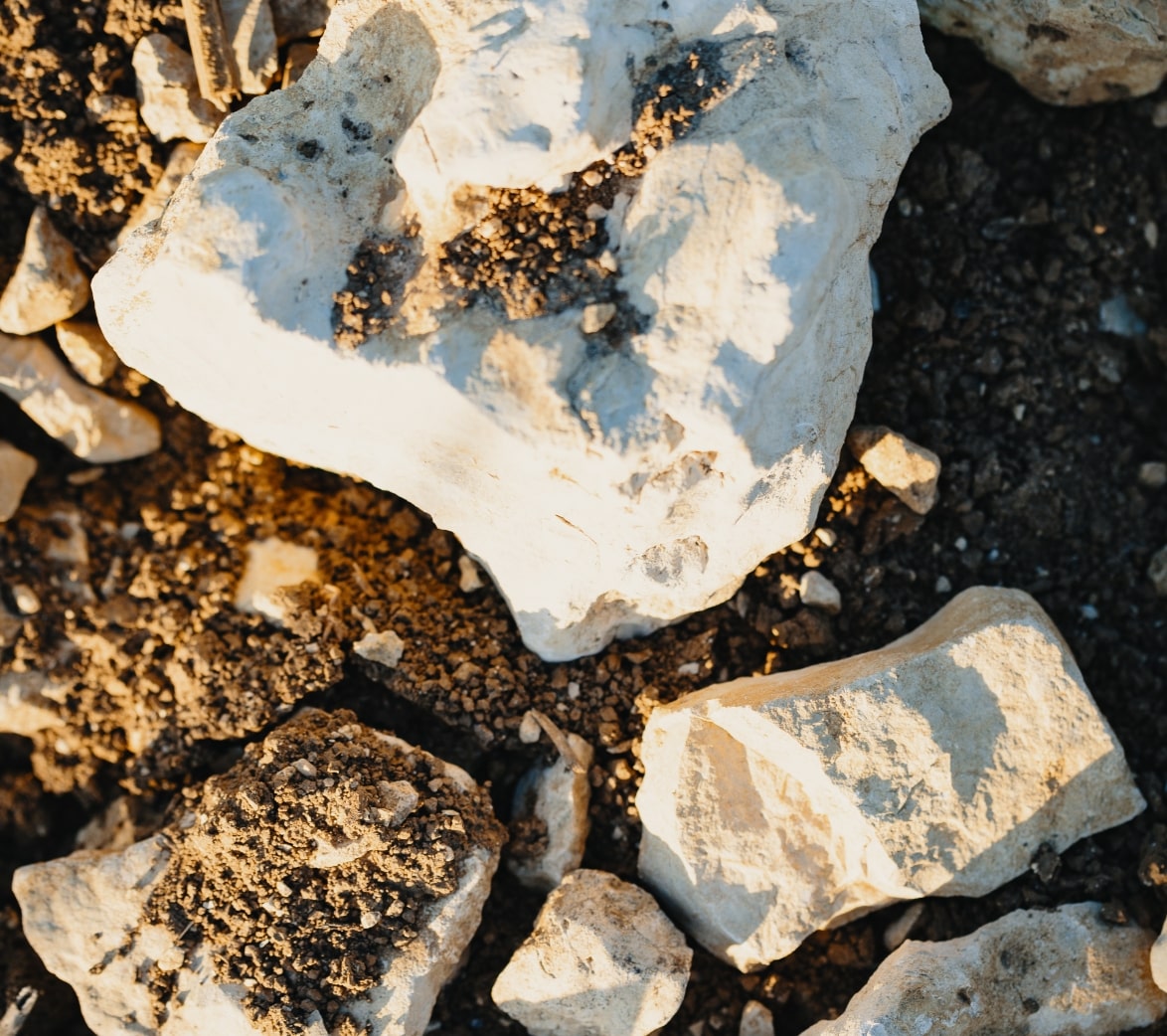 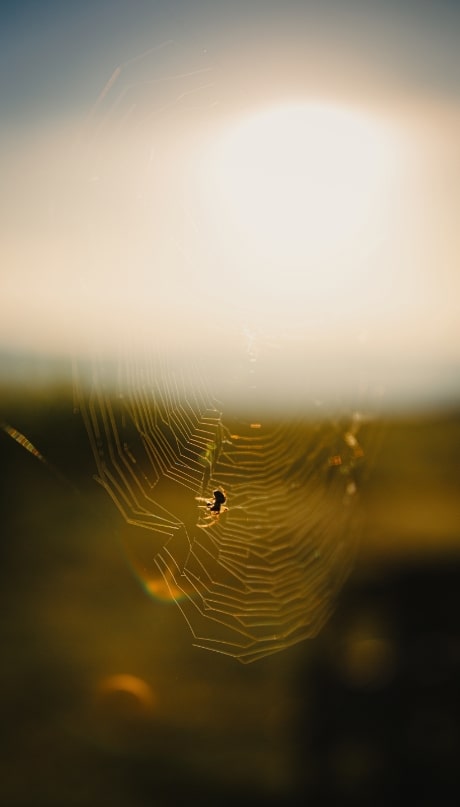 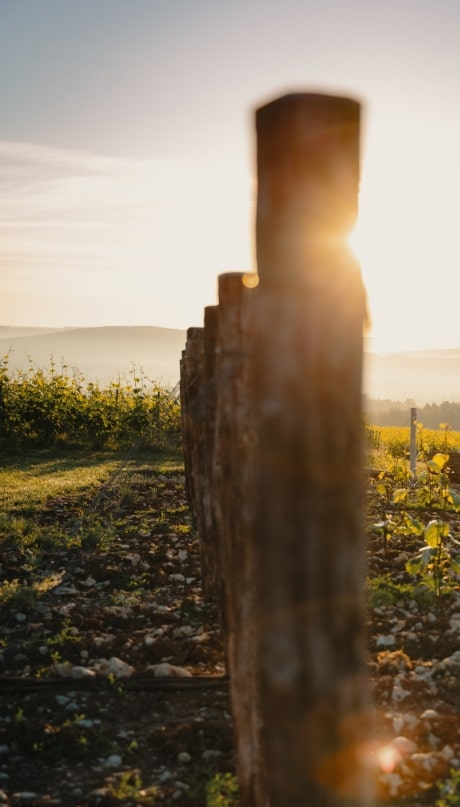 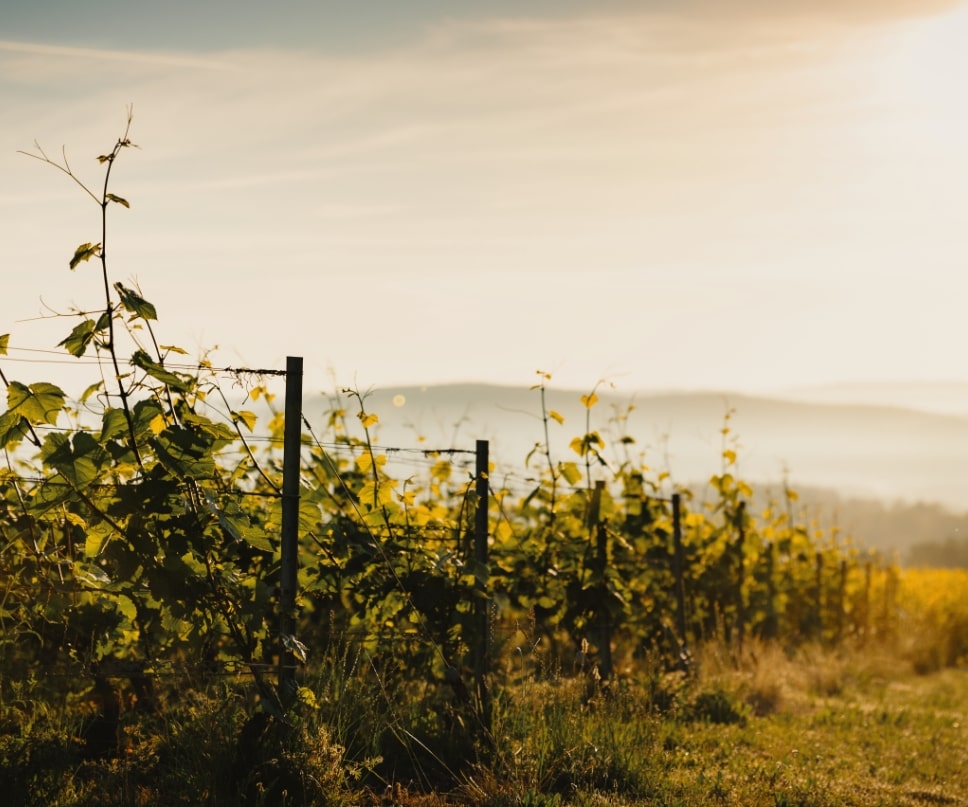 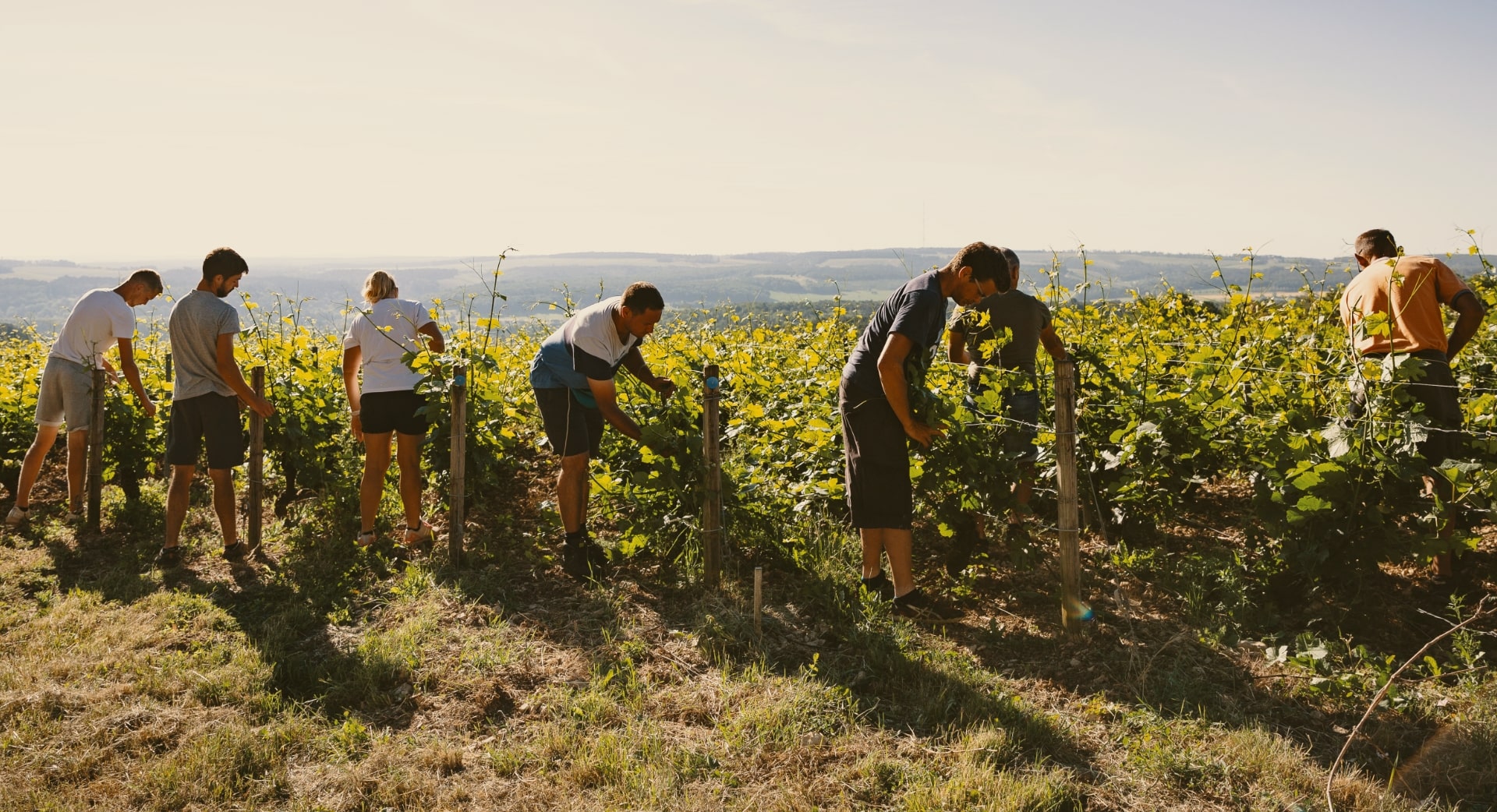 These stones – known locally as "murgers" – were taken from the soil in the vineyards and used to build houses in Les Riceys. They can also be found in the low walls running in between the plots and, from the 18th century, in the famous cadoles. Built by arranging dry stones in a circular pattern echoing Celtic constructions, cadoles served as shelter for winegrowers to protect them from rain, extreme cold or extreme heat. They are found only in the Les Riceys area of Champagne, and were gradually abandoned by the end of the 19th century, when phylloxera devastated the vineyards and angry, poverty-stricken growers were forced to leave their vineyards behind. Some cadoles are still standing in the wooded areas that have replaced the parcels left unplanted. Determined to pass on this legacy, Alexandre Bonnet has already renovated three cadoles around the Domaine. 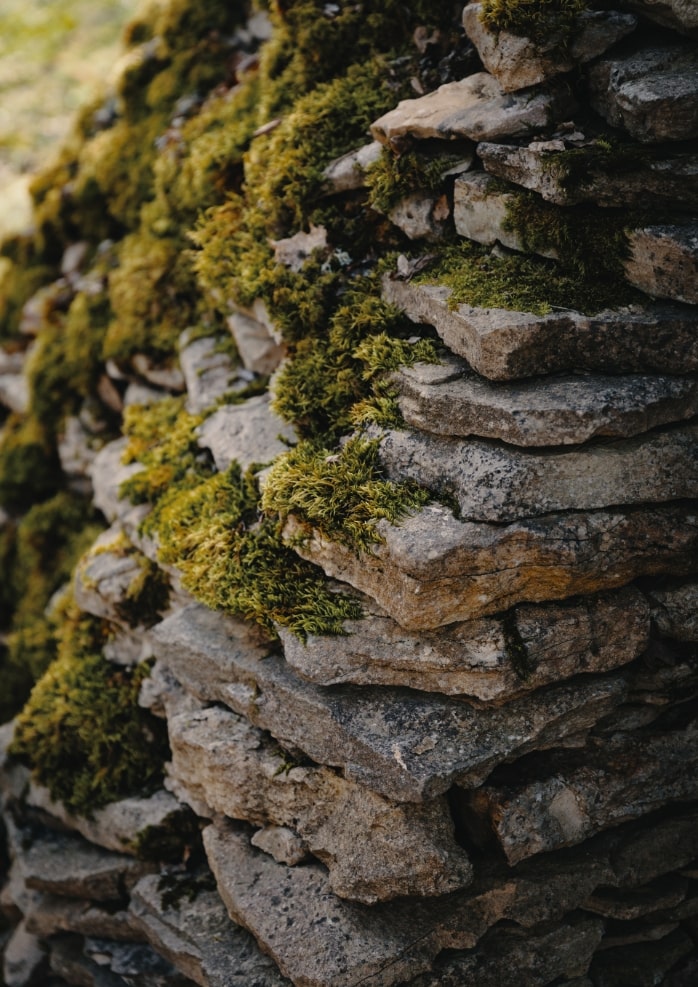 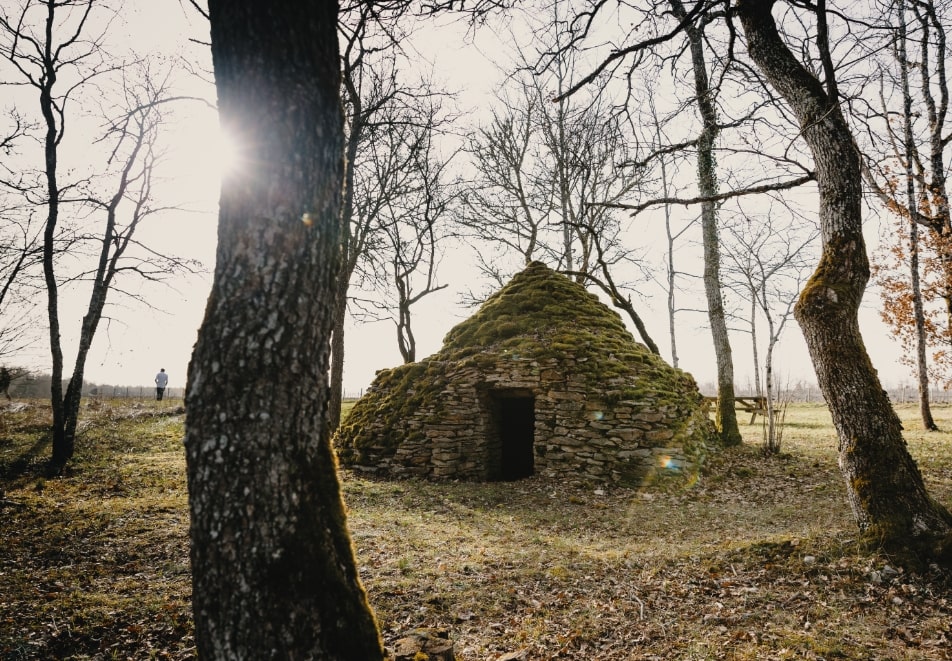 Shelter for winegrowers, nestled within the vines

The wild orchid and the robin

The landscape of Les Riceys is unique in its diversity, the extent of its relief and its circular layout, with 200 km of winding pathways. The vineyard is made up of many small slopes that rise steeply from narrow valleys. The south-southeast facing slopes, where Pinot Noir thrives, are known as "l’endroit". The opposite sides, known as "l’envers", are topped with small conifers, and this woodland area provides welcome protection against cold air. With its beneficial microclimate, the terroir of Les Riceys is home to some incredible birds and flowers. In the spring, thousands of wild orchids mysteriously unfurl their many coloured petals all around. In the summer, the chirping of robins, goldfinches, blackcap warblers and great tits can be heard in response to the sounds of people working in the vineyards… Domaine Alexandre Bonnet strives to preserve and develop this biodiversity by choosing not to use herbicides or insecticides, by planting orchards at the edges of its vines and by leaving wild flowers to grow for honey bees. 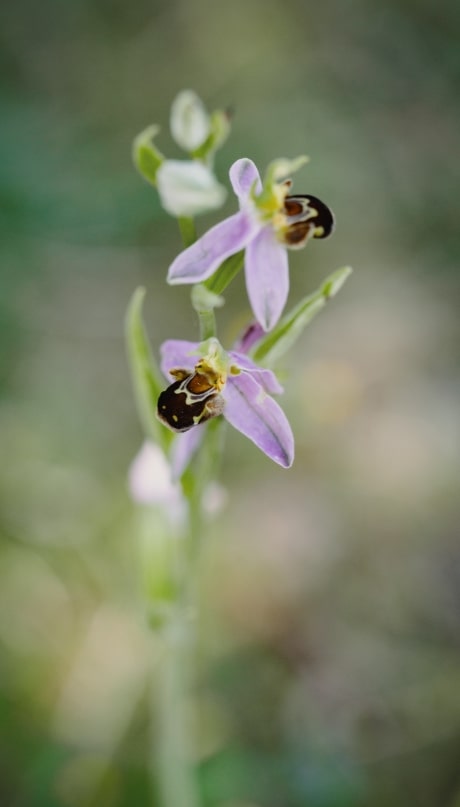 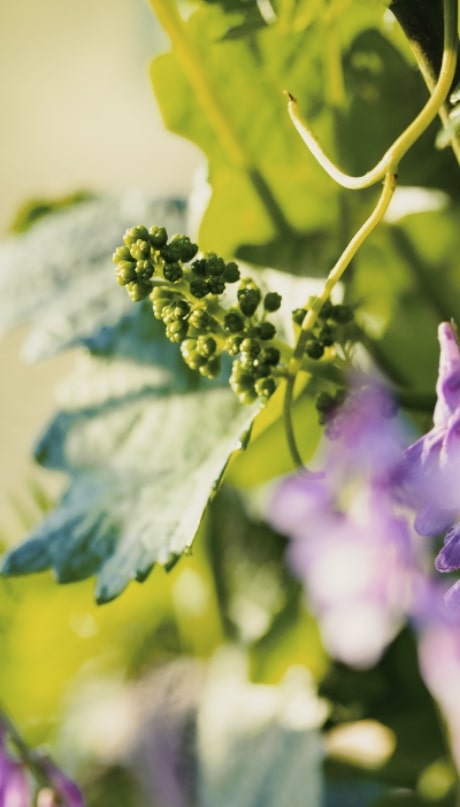 In the spring, thousands of WILD ORCHIDS mysteriously unfurl their many coloured petals all around. 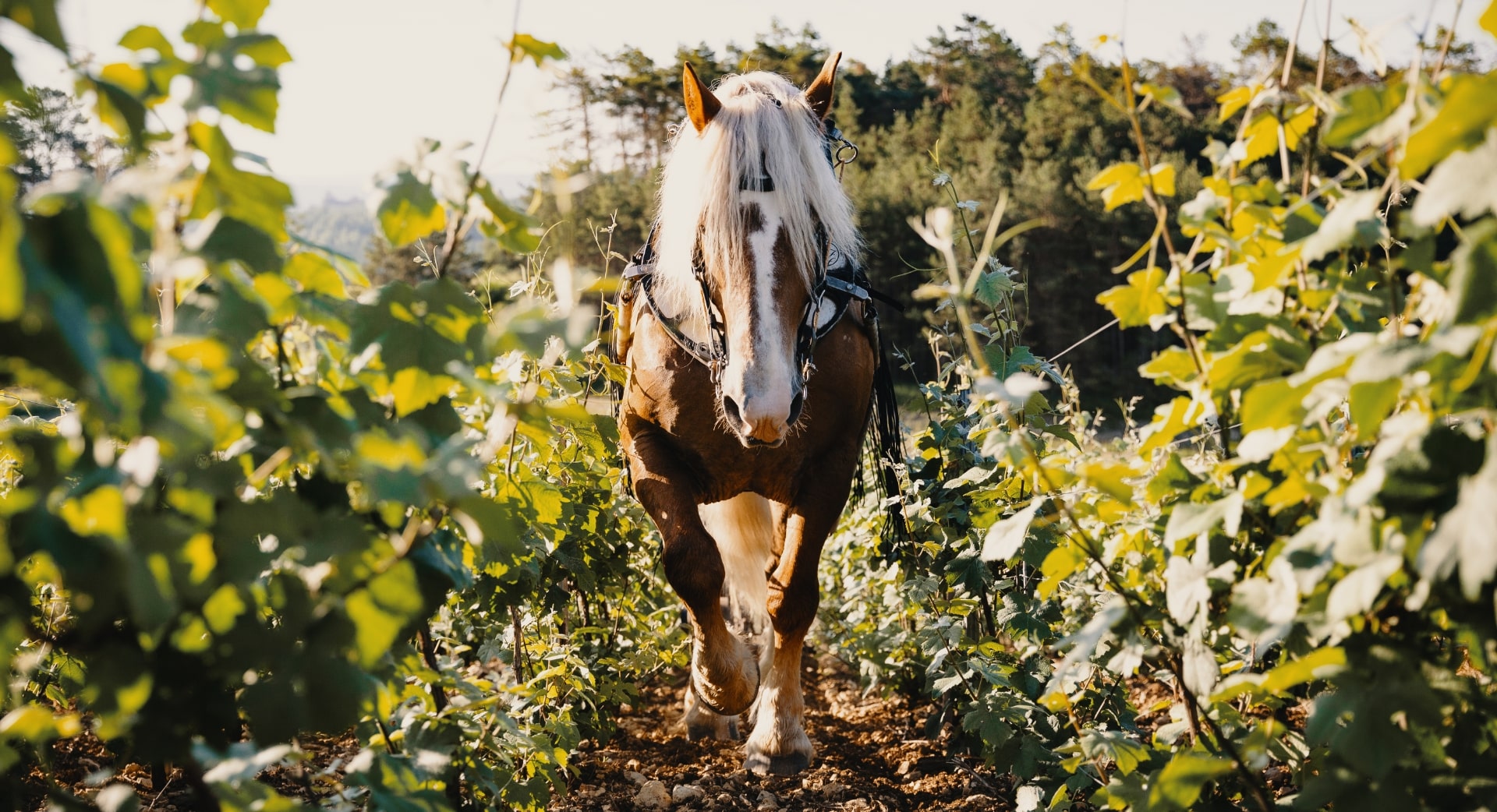 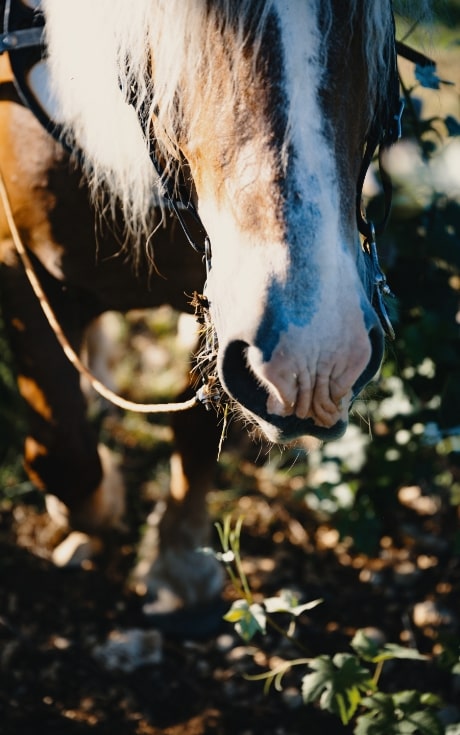 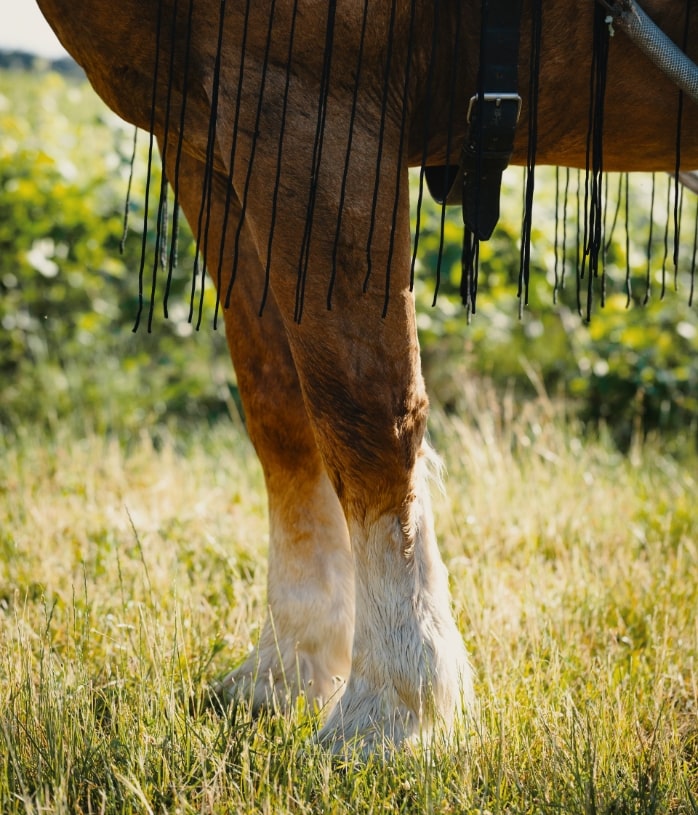 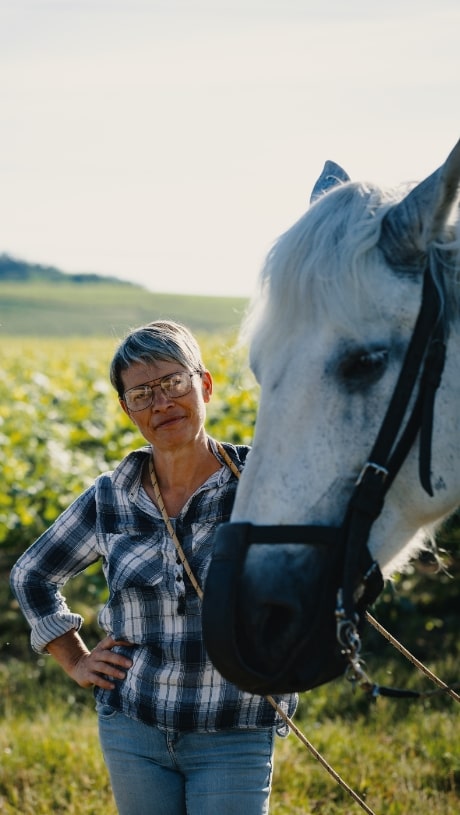 The vines also thrive in the hearts of winegrowers

During the French Revolution, Les Riceys was the second-most populous village in the Aube department, and produced a much-loved rosé wine. When the vineyards were destroyed by phylloxera at the end of the 19th century, a rural exodus ensued. “We growers are not leaving our vines, our vineyards are leaving us,” they said. 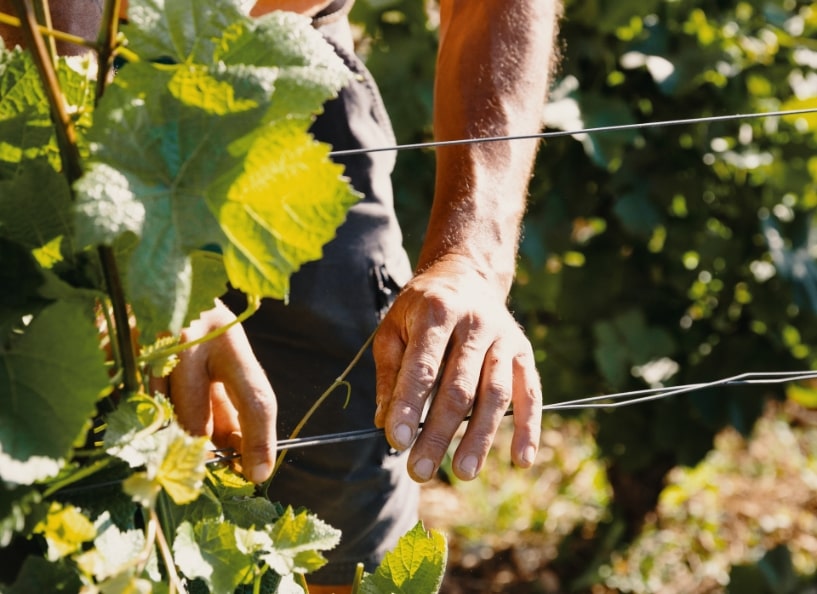 Determined and united in devotion 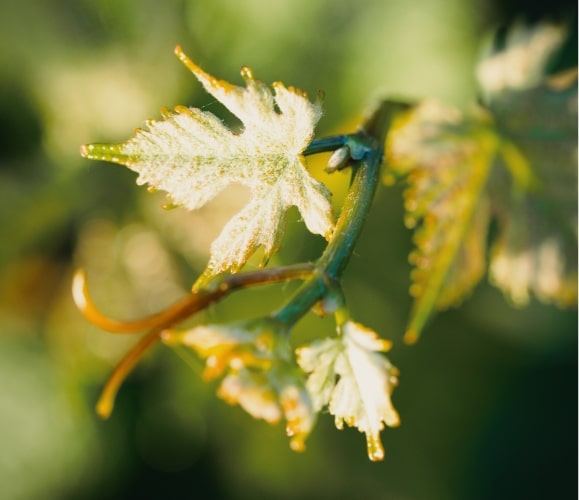 Courageous, united and determined, the people of the Aube rose up in 1911, their sights set on obtaining the Champagne appellation. It was finally granted in 1927, and Les Riceys became the largest terroir in all of Champagne, with 844 hectares of vineyards. Domaine Alexandre Bonnet is part of that history. In 1934, Lucien Noble began growing his first vines. He shared his enthusiasm with subsequent generations right through to 1970, when Serge Bonnet, assisted by Alain and René, founded the Domaine Alexandre Bonnet. The team is now in the capable hands of Arnaud Fabre, who keeps this shared devotion alive among the winegrowers of Les Riceys, to love and bring out the exceptional characteristics of this incredible terroir. 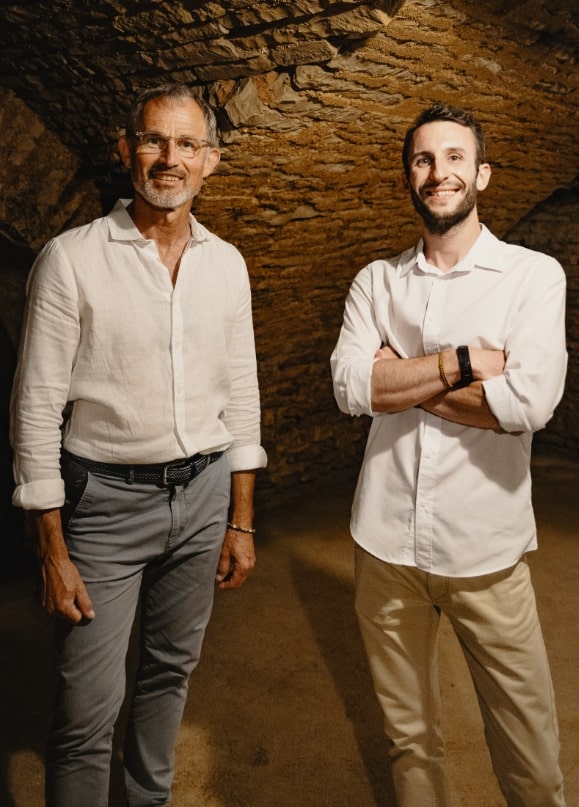 “Just like fine food, wines reflect the character of the person who makes them. Whether that’s in the vineyard, or the direct expression of the grape variety or parcel in the bottle. Winemaking is an individual and a team undertaking, I am always in awe of the relationship between nature and growers. I do my best to express the essence of the terroir, but ultimately, almost everything is in the hands of nature!”

Alain Pailley, Oenologist and Cellar Master at the Domaine since 1985 (following Serge Bonnet), born in Dienville, his parents were farmers and he was trained in Dijon.

From left to right: :